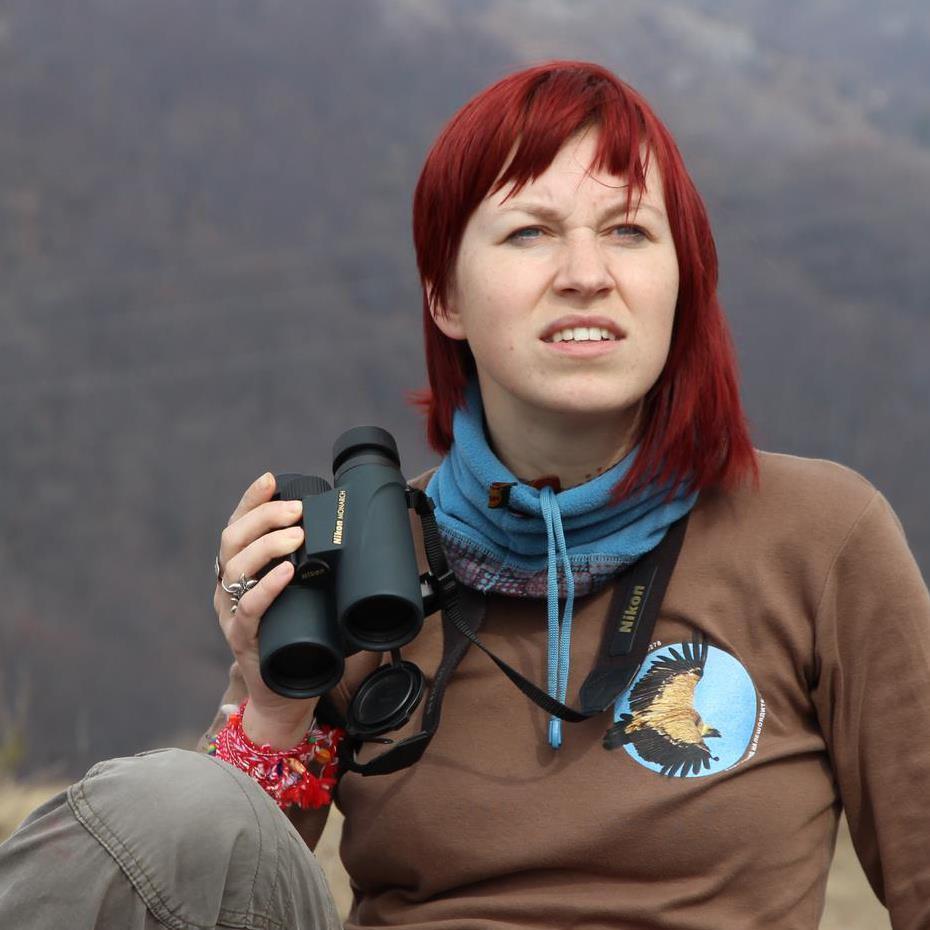 Elena Kmetova-Biro is a PhD Candidate at the Central European University's Department of Environmental Sciences and Policy, researching habitat use and behavioral patters of Griffon and Cinereous Vultures tagged with transmitters and released within a long-term vulture restoration programme in Bulgaria. Her interests include biodiversity conservation, with focus on birds and vultures in particular; restoration projects and ex-situ conservation.

She holds a Master of Science (Distinction) in Environmental Sciences, Policy and Management degree, awarded by four leading European Universities and her graduation paper on habitat modelling for Lesser Kestrel (Falco naumanni) restoration has been put into practise and used within a targeted restocking project in Bulgaria, resulting in the successful reistoration of the species formally considered as extinct. Since 2010 she has been working within the long-term vulture restoration programme of the Bulgarian NGO Green Balkans, which has resulted in the successful restoration of several core breeding populations of Griffon Vultures in the Balkan Mountains of Bulgaria and the recent start of Cinereous Vulture reintroduction in the country. She will be analyzing the data collected within several projects in attempt to improve the understanding of the interactions between vultures and their new environment, increase their chances of survival, fine-tune the release strategy and improve the overal awareness, recognition and acceptance of the species.